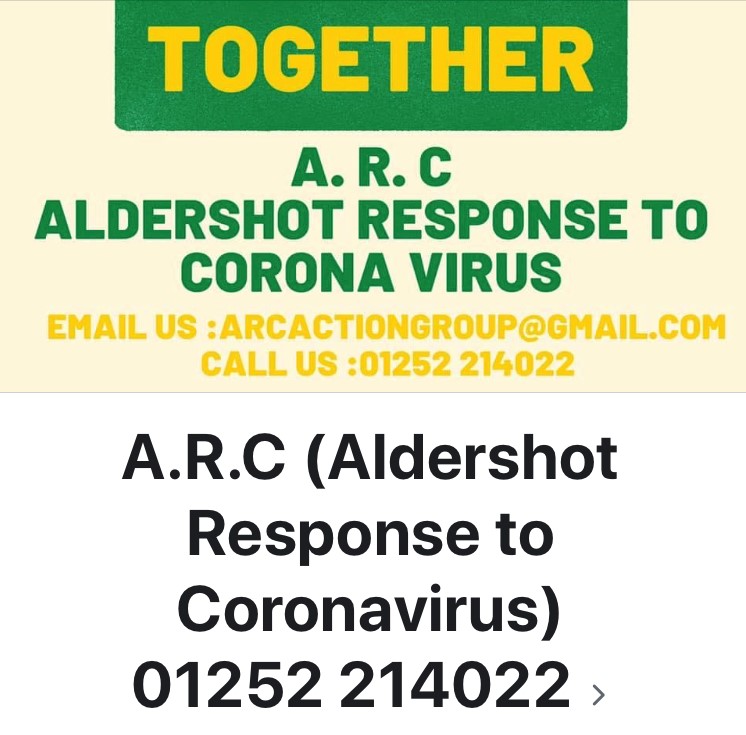 The Shots in the Community Foundation was revamped and relaunched in January 2019.

Together with new Trustees and Chairman we created a vision “Making a difference in our local community” based on four core principles:

Sport, Education and Inclusion, Health and Wellbeing and Community.

In a little over a year we have developed a fully inclusive, collaborative, and successful community engagement programme. The Foundation has provided opportunities for people to play football whatever their ability or background and inspired and motivated members of the community to be physically active and to lead healthy lifestyles. This has raised aspirations and improved mental health in the Community.

In our first full season we held Alzheimer’s Awareness, Domestic Abuse Awareness, Fans For Diversity, Football v Homophobia and Level Playing Field events during Aldershot Town match days As the football season was reaching an exciting climax, we were preparing to host 200 young carers at our home match against Woking, planning Easter Camps, a possible appearance at Wembley Stadium for one of our local schools, and an autism awareness event at the Club.

And then came Corona Virus and the lockdown.

The Chairman of Aldershot Town Football Club and Managing Director of Spedeworth Motorsport Deane Wood kindly donated 700 toilets rolls, over 100 milk cartons, apple and orange juice and plenty of bread & cheese which I helped arrange to be distributed to local communities and care groups such as: Phyllis Tuckwell Hospice Care Shop and Beaumont Village.

As with most businesses, football was put on hold and the Shots Foundation was furloughed to safeguard its future. I was determined to continue to spread the positive effect that the Foundation was having in the community and so without hesitation I contacted Heather at Rushmoor Voluntary Services to offer my support to Team A.R.C – Aldershot Response to Corona Virus. The Action Group was set up by Viv Dawes and Yvette Deans to help address the needs of those in Aldershot who were in self isolation with no family or friends able to help them. The group follows no political agenda other than to help the community in the time of crisis.

I was invited to join the team as a coordinator and from the beginning of April started to field calls and emails from residents in the Community that were shielding and in need of help with shopping, collecting prescriptions, advice, support and often just a chat! Many requests were self-referrals following leaflet distributions to residents within our wards.

One of my first tasks was to source 2 single beds and a chest of drawers for a family with a disabled child and pregnant mum moving to Aldershot. I used local connections and was able to help whilst other team members located a washing machine to welcome the family to their new home.
Viv set up a Face Book page and John Mairs created a database and a series of referral forms that are populated and with details of those requesting help. This triggered a response from the amazing team of volunteers that have stood in endless queues and carried mountains of shopping to the grateful recipients in the 5 wards of Aldershot.

An ever-evolving system has supported and enabled us to adapt and develop vital services, to find solutions to problems and help us form positive relationships between other service providers in the community.

Since its formation, Team ARC has

had almost 600 requests for help from phone calls and emails

collected and delivered over 300 ready meals donated by ‘Cook‘ in Farnham.

We created a lonely ladies telephone group for our elderly residents that were missing daily contact and conversation.

We contacted Mums Bake Cakes and Anne Moore kindly baked some VE Day Cup Cakes to deliver to some of our lucky residents – whilst lots of other people joined in with similar gestures of goodwill.

We’ve had some strange requests including hot water bottles, a magnifying glass, food colouring and Baileys to name but a few!

In May, Ray Hedgman, the Landlord of the Crimea pub opposite the Football Club volunteered to help with Football Food Aid, a collaboration between the Red Cross, The National League and ATFC to provide emergency food parcels to the people of Aldershot. Supplies were topped up by donations from Ray’s customers and I was in a fortunate position to be able to advise and signpost people to the Crimea to collect parcels and also suggest who else might benefit from them. Ray estimates that the food hub has helped 180 local people in need. Food parcels were delivered by Ray and his wife to Mike Jackson House – supported housing for single veterans, North Lane Lodge – a specialist homeless service, and Stonham Housing Association in Grosvenor Road.

However twisted the path through the labyrinth of lock down seems we know that many of our vulnerable residents still need to shield, at least until the end of June. Covid 19 is not political and isn’t governed by rules we may or may not abide by. Team ARC is needed more than ever to help protect those people from the virus.

The rhythm of life has been disrupted and our services have revealed and highlighted many unique situations and requirements within our community that will need to be addressed. Going forwards, The Shots Foundation will endeavour to support this process wherever possible.
Volunteering for Team ARC has been a fantastic personal experience for me that has opened my eyes to the challenges that exist in the community and has definitely made me a better person. I’ve played a minor role in a fantastic organisation that is fortunate to have such selfless, conscientious and caring volunteers that constantly go the extra mile to ensure the safety and wellbeing of their community.